New Media and the Chicago Public Library: Interview with Mary Dempsey, Part I. 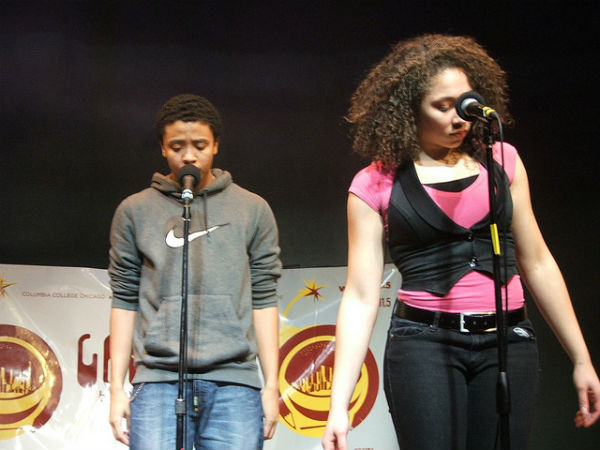 This post is part of a series of interviews highlighting leaders in the field of New Learning (what we call “NLI at Inquiry”). Recently, we interviewed Chicago Public Library Commissioner Mary Dempsey on subjects including how the library has reshaped the city, new media’s role in the library, and her thoughts on the future of urban libraries. Here, in Part I of the interview, she discusses how the Chicago Public Library has impacted the city and urban youth through their new media learning center, YOUmedia.
Listen to the full interview here: 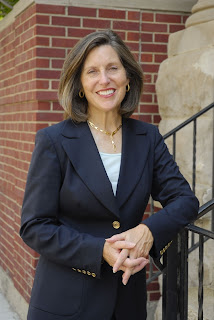 Mary Dempsey has served as Commissioner of the Chicago Public Library since 1994, when she was appointed to the position by Mayor Richard M. Daley. Dempsey was reappointed to continue as library commissioner by incoming Mayor Rahm Emanuel in May 2011. The Library is comprised of more than 1,100 employees in over 75 neighborhood locations. Under her direction, 44 new libraries have been constructed, 10 of which are LEED (green building) certified. Starting in 2009, construction on the first of 16 additional libraries began. Two new libraries opened in 2010, and four will open in 2011. Also under her direction, all libraries have been equipped with state-of-the-art technology, including free desktop and WiFi access to the Internet and access to more than 80 online databases, in addition to offering rich book collections and innovative reading and educational programs. The Chicago Public Library has successfully concluded its second five-year strategic plan, CPL 2010, and begins its next strategic planning effort in 2011. Dempsey holds a B.A. from St. Mary’s University, an M.L.S. from the University of Illinois at Urbana-Champaign, and a J.D. from DePaul University. She serves as Chair of the Board of Trustees of DePaul University and is a past Chair of the Urban Libraries Council.

Commissioner Dempsey, how has the Chicago Public Library reshaped the city?

In many ways, large and small. We have, under Mayor Daley in his 22 years as mayor, built 59 new libraries. Those have been in neighborhoods where either we had no presence at all, or we had very small storefront presence in a couple of locations... In some neighborhoods, we acquired liquor stores, derelict buildings, or motels where bad things happened during all hours. By tearing them down and building a brand-new, beautiful multimillion-dollar branch library, we brought not only the resources of the library to the neighborhood — books, technology, trained professional librarians — but just an overall change in quality of lifeâ€¦ We’ve seen it transform neighborhood after neighborhood â€¦ [and] how that has made people very proud of their neighborhood and really has helped them tremendously.

What is the role that new media has played in adding to the success of the Chicago Public Library?

YOUmedia has been so exciting for us because it really has validated for us that libraries can be the central node on the learning network where teens, youth — and even adults, we think, eventually; but certainly now we know teens — can come together around interest-driven learning and can feel very welcomed in a public library. We never wanted to just put computer games out there and say, “Have at it.” What we wanted was content and context — and that’s what YOUmedia brings. It brings a context of: You like technology? That’s great. What are you going to do with it? How do you use it? How do you use it to explore your world? To explore what you’re reading? To explore what you want to learn in school; or what you’re not learning in school but want to learn anyway?â€¦ So, we’ve found some really exciting projects that have come out of the [student] teams in YOUmedia: even they [the students themselves] were stunned at the quality and the caliber of the work that they did, and the exploration that they didâ€¦ They’re really and truly learning. We think YOUmedia is the future of learning.

Can you go into more detail about the exciting YOUmedia projects you mentioned?

â€¦Twice a year we offer a program called One Book, One Chicago. [The Chicago Public Library] will ask the entire city of Chicago to read the same book and discuss it. In YOUmedia, that means that teens read the book, talk about it together, and then use digital technology, music, art, poetry, multimedia, [and/or] mixed media to interpret what they read, whether it is Carl Smith’s book about urban planning in Chicago and reimagining their neighborhoodâ€¦or Toni Morrison’s A Mercy â€¦ We had them work on our latest project, [featuring] Neverwhere by Neil Gaiman, which was fantasy. The projects that came out of Neverwhere [workshops] were, as you would imagine, exciting, unusual, and fantastic. But the projects that came out of A Mercy [workshops] were so powerful, and so strong, and thoughtful. I was just talking to a friend of mine who, as an adult, said, “Gosh, Toni Morrison’s work is so hard to read, I almost need a teacher with me when I read it.” These teens read it, discussed it, lived it, and then created incredibly beautiful, honest, very raw pieces of poetry, art, and music related to what they read in A Mercyâ€¦ When they’re tuned into something they want to do, they move into new realms by exploring it in multi dimensions with YOUmedia.

How does the library meet the needs of urban students in an ever-changing new media environment? How will urban libraries change to accommodate students in the future?

Part II of our interview with Chicago Public Library Commissioner Mary Dempsey will focus on how YOUmedia brings diverse students together and her thoughts on the future of urban libraries.